Posted on November 8, 2012 by joetaylormusic 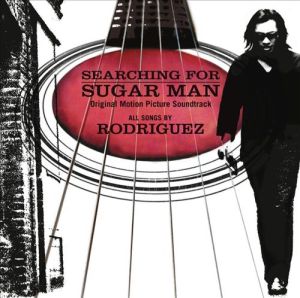 Sixto Rodriquez recorded two albums for a major label in the early seventies that went nowhere. Or, at least, that’s what he and his American record company thought. On the other side of the world, however, Rodriguez became a star with a complex mythology. In Australia, New Zealand, and, especially, South Africa, Rodriguez was an inspiration. Afrikaners who opposed apartheid latched onto his dark evocations of inner city life and they made his first album, Cold Fact (1970), a best seller. His second record, Coming From Reality (1971), also sold well, and presses in Australia and South Africa kept his recordings in print.

Rodriguez had no idea that to some fans he was a voice as important as Bob Dylan. Since his records outside the US were bootlegged, he never got royalties. He also never got any press. As his popularity in South Africa grew (aided by a ban on his music), rumors circulated that he had committed suicide. One story had him setting fire to himself onstage. In 1998, some fans in South Africa tracked Rodriguez down in Dearborn, Michigan and asked him to come to their country to play. On his first trip there, he was met at the airport by a limousine, which he was sure was meant for someone else. When he stepped onstage at a 5,000 seat auditorium, he was greeted with a ten minute ovation. He’s returned several more times to play, but still hasn’t received the financial reward he deserves.

Swedish documentary film maker Malik Bendjelloul caught wind of Rodriguez’s story and thought it would make an interesting film. Searching for Sugar Man debuted at the Sundance Film Festival, got almost uniformly positive reviews, and brought Rodriguez, now 70 and still living in Detroit, to the attention of his own countrymen. He appeared on David Letterman’s show in August and 60 Minutes aired a segment on him in October. Best of all, his recordings are back in print and he may finally see some money from them.

The soundtrack to Searching for Sugar Man comprises 14 tracks, six from Cold Fact, four from Coming From Reality, and three from a session that wasn’t released in the US, but might have shown up on releases in South Africa. “Sugar Man” opens the disc, and it shows its 70s vintage with its strange Theramin sound effects and slick horn arrangement (where did those bassoons come from?). The narrator of the song is singing to his drug connection and the tone is both urgent and longing. The song ends with Rodriguez’s voice fading into a strange echo that phases unsettlingly between channels.

Rodriguez’s imagery is vivid and sometimes shows the influence of the Catholicism of his youth:

Were you tortured by your own thirst
In those pleasures that you seek
That made you Tom the curious
That makes you James the weak?

The best songs capture the frustration of being poor in the inner city:

An occasional Dylan influence creeps in, but Rodriguez has a strong enough style and voice to be more than an imitator:

(“This Is Not a Song, It’s an Outburst: Or, The Establishment Blues”)

The music on Rodriguez’s albums was a product of its time and nothing shook up the squares more than drugs, sexuality, and the coming revolution (“This system’s gonna fall soon, to an angry young tune”). Still, we can turn to any number of records from the early 70s for an injection of that spirit. Why then, should we bother with this music, however stirring the story grew out of it? Because his songs are as good as, and often better than, those of his better known contemporaries. Dennis Coffey, the Motown session guitarist who had a few hits of his own in the 70s, co-produced Cold Fact with Mike Theodore, as well as Rodriguez’s third session. Coffey probably absorbed some of the Hit Factory’s ideas and, as a consequence he had a sophisticated ear for arranging and recording pop songs.

He had good material to work with. Rodriguez wrote melodies that stay with you, and he sang them with unforced conviction. His acoustic guitar is the foundation for all the tracks, and Coffey and Mike Theodore wrote arrangements for many of them that gave them just the right amount of Baroque sweetness they needed. Many of the songs from Cold Fact are reminiscent of the delicate, strange records made by Love, the great LA band that featured Arthur Lee and Bryan McLean. Coffey and Theodore also knew when to stay out of the way and keep things simple. “I Wonder” and “This Is Not a Song, It’s An Outburst: Or, the Establishment Blues” have more basic accompaniment that let the songs do the work.

I should probably point out that there’s some tape hiss on the original recordings, and it’s especially audible on the tunes from Coming From Reality. For me, that’s the reassuring sound of analogue, but there’s obviously been some deterioration of the master tapes.

It’s tempting at this distance to wonder why Rodriguez didn’t catch on in the US in 1970. But, then as now, record companies threw a lot of music out into the world and some of it got lost. His label, Sussex Records, was also home to Bill Withers and Dennis Coffey, both of whom had hits. A story in Rolling Stone, a feature review there and in a few other magazines and things could have turned out differently for Rodriguez. Then again, maybe not. It’s enough that Rodriguez’s music crossed the Atlantic and changed the lives of a lot of people in South Africa and that it probably moved them to make some fundamental changes to their country. His recordings travel well more than 40 years later, with some period charm that makes them seem a little exotic, and enough real songwriting talent to
make them still worth your time.

This entry was posted in Uncategorized. Bookmark the permalink.